"Rook requested the following gift: It's multiple choice! Pick one. Conflict/war generator, fantasy colonial or dying world Mini-dungeon generator, dungeon themes like swords and savagery, weird pre-adamitic and cyclopean, I've made a wild west osr game for myself so an 'old west dungeon generator' would be very cool, especially if it's dark, revisionist or spaghetti and not rootin-tootin. Spells or spell generator, Thelemic, Theosophist or UFO cult Cosmic-myth generator."


Originally I was gonna give the old west dungeon generator a shot, then while I was giving plasma my phlebotomist asked if I had ever seen Tombstone and I realized that I didn't actually have much experience with westerns unless you count Brisco County Jr.

So! Pre-Adamite minidungeons it is!
I'd put 1d4-1 exits per room, and give each room a Halls of Antiquity fill and a 2-in-6 chance of monster and a 2-in-6 chance of treasure if you're generating it on the fly, or just arbitrarily stuffing a quick randomly genned online dungeon map with these fills. Or you could even use the 5 Room Dungeon method and just pick the fills you like.

What Ancient Beings Built This Place?

Neanderthal Dungeons
The Neanderthals lived as beasts in caves, and stacked stones for rough walls of cyclopean construction.

What Halls Of Antiquity Echo With The Voices of The Dead?
What Monstrous Beings Now Reside?
What Treasures Lay Untouched By Time?

Gondwanan Dungeon
Lit by strange, hollow gems that glow with light of varying colors. All is metal, and rooms are set up in simple grid patterns.
What Halls Of Antiquity Echo With The Voices of The Dead Here?
What Monstrous Beings Now Reside Here?* Indicates the power must be on for these entities to function

What Treasures Lay Untouched By Time?

Hinn Dungeons
Everything is of blackened stone that reflects light with a strange, melted opalescence. Fine white ash covers everything, making footprints easy to follow. Always some ash to throw into someones eyes, or to kick up an obscuring cloud to vanish into.
What Halls Of Antiquity Echo With The Voices of The Dead Here?
What Monstrous Beings Now Reside Here?
What Treasures Lay Untouched By Time?

Jinn Dungeon(Dunjinn)
Jinn can create almost any physical object at will, so it was not materials, but designs that they valued. Everything is strange and beautiful and unique and often reflective.

What Halls Of Antiquity Echo With The Voices of The Dead Here?
What Monstrous Beings Now Reside Here?
Replace the Wish-Accursed with Jinn results as they are rolled. There are at most 3 Jinn, one good, one bad, one ambiguous

What Treasures Lay Untouched By Time?
All of these are idiot bait that you can sell to bigger idiots for massive amounts of coin or magic item trades. 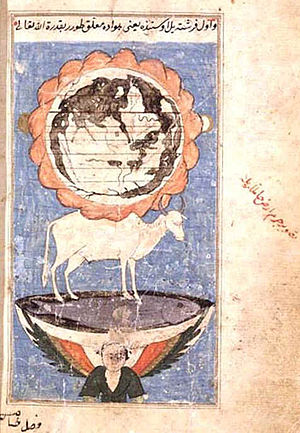 Red Dungeons
Tunnels of ruby that cannot be so much as scratched by anything mortal, pulsing with light in time with a beating heart. The whirling stars of the celestial spheres spin beyond the walls, and shapes too immense to even comprehend dazzle the mind. Men were never meant to see this.

What Halls Of Antiquity Echo With The Voices of The Dead Here?
What Monstrous Beings Now Reside Here?
What Treasures Lay Untouched By Time?

Email ThisBlogThis!Share to TwitterShare to FacebookShare to Pinterest
Labels: Dungeons